The president Chief of staff, Abba Kyari has died. He died on Friday April 17, more than weeks after he contacted Coronavirus.

Spokesman to the president, Garba Shehu, announced the death of Kyari on twitter ; 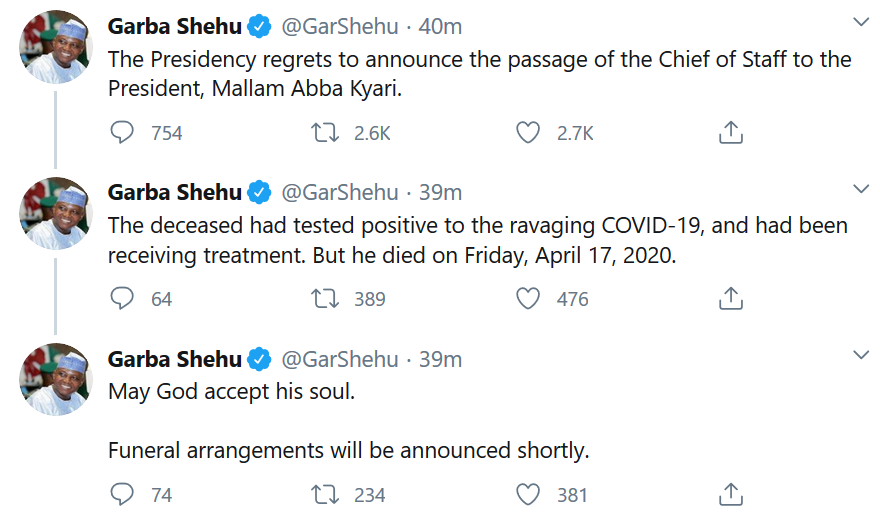 House of Representatives members donate March, April salaries for the fight against Coronavirus